Bialik Breakdown is the podcast of actor and neuroscientist Mayim Bialik. I was just going to casually listen to an episode or two today, then ended up binging five and writing down how I related to the topics and guests.

Episode one of Bialik Breakdown mentioned so many things I could relate to:

I know keeping my hands busy helps, which is why I always multitask, like knitting or doing cross-stitch while listening to podcasts/audiobooks or watching Netflix.

Deep tissue pressure – man, the things I’d do for a proper weighted blanket.

In the last two years I’ve taken my beta-blockers only three times: before I sat Grant down to get a definitive answer on our relationship; when there were some hectic winds blowing on the back of Tropical Cyclone Eloise; after I was given notice that I’d need to vacate my free accommodation.

Before that, I used to take them if heading into big crowds (when we got to the Guns ‘n Roses concert I realised one wasn’t enough and fortunately I packed extra because I thought I might need to top up later); before every internal reporting meeting – even when I had good results (I once burst out crying afterwards, this was before I was medicated, and had to explain that I don’t know why I did that); once, before I was medicated, I felt the anxiety build: my leg almost fell off from all the jiggling; my heart was pounding wildly; I became short of breath and emotional and felt convinced that I was going to pass out or spontaneously combust while desperately hoping I would pass out.
Listening to this episode I’m thinking maybe I should take them for a week or so and see if there’s an improvement in my sleep, at least. Would it be best to take them in the morning or evening though? Afternoon?

I know getting a job will definitely alleviate some of my anxiety (eventually, when I get over my self-doubt and imposterism). That will also help me to pay my bills every month, which definitely causes me HUGE anxiety daily. If I could settle the student loan my life would be a million times less stressful, so those people who say money can’t buy happiness, give me the money and I’ll prove you wrong.

I’ve also cut out caffeine, I don’t metabolise it easily anyway and it is definitely not helping my anxiety or sleep. Chocolate is my minor weakness as far as this goes and I’ve managed to find an instant decaf that doesn’t taste like 💩.

Episode two of Bialik Breakdown was something I couldn’t relate to in terms of identity but was still immensely insightful.

We do the best we can with the light we have to see with.

Episode three of Bialik Breakdown started with Mayim stating that it is very hard to breathe your way out of nerve pain.

As someone who had an L5-S1 spinal fusion at 29 because of a ruptured disc and needing a nerve block 14 months ago for a herniated disc, I can tell you that if you’ve never experienced this pain, you don’t know pain. People who’ve had shingles and tick bite fever know and I think it’s worse for them because their nerves on the surface of their skin are inflamed.

When I needed the nerve block it was two months after being retrenched and only having a limited contract for work secured. It was becoming more apparent every day that as a freelancer or small business entrepreneur I was a major failure (which isn’t a problem because I recognise that entrepreneurs need use little worker bees to help them be amazing) but it felt like I was letting myself down by disappointing all the people who kept telling me I can do it. Seriously, the worst thing for me not being a successful freelancer was wondering what other people would think of me. This, after two years of successful therapy.

These quotes really resonated with me:

Your body does have memory and your body holds things

In his book, The MindbBody Prescription Dr John E. Sarno says there’s a certain personality type that suffers from back pain. The condition is referred to as tension myositis (or myoneural) syndrome (TMS).

The Psycho-emotional aspects of pain make me think my constant and ever-increasing worrying of the last 30-ish years is the reason for the constant ache in my body. It’s nondescript. Sometimes I can tell you it’s my back or it’s a migraine, but most days I just ache, like in my soul. And yes, a lot of it is emotional, but there’s also the physical ache that I don’t take even Panado for and just live with. And indications are I don’t need to.

Over 90% of people found a reduction in symptoms simply from knowing that there was a power to their thoughts and their behaviour patterns that contributed to their pain.

I’ve become so aware of always having my shoulders tensed up and need to make a conscious effort to relax.

When you learn that there’s a component of you that is contributing, not causing, but contributing to that cycle of tension and pain, simply breathing into that, holding that information, for most people can start to see you have some relief.

Not about obsessive-compulsive disorder

Episode four of Bialik Breakdown is about the creation of Sheldon Cooper’s character in The Big Bang Theory, as told by one of the show’s co-creator Bill Prady who is on the autism spectrum.
There’s also a discussion about who wears the pants in the podcast’s team? The answer is everyone, they wear sweatpants and on occasion, someone wear’s someone else’s pants.

(At this stage I’ve cut my nails because they were getting long and I knew it was just a matter of time before I started chewing on my left pinky nail. Unfortunately, there are now sharp edges that I’m “smoothing out”. See episode one)

This was another topic I didn’t relate to, but I loved listening to the development of the characters of Big Bang Theory. I really enjoyed the show. The last season didn’t engage me much until I had a fat cry during Sheldon’s speech.

I will now also incorporate this mantra in my life whenever I have to do something I don’t want to.

In episode five of Bialik Breakdown the guest is John Ross Bowie (who aged really well and somewhere during TBBT became very attractive; I remember there was an episode with a bit of silver fox coming through and I thought to myself “when did Kripke get hot?” Also, at this stage the nails on my left hand are not quite down to the quick because I’m seriously multitasking by applying for several jobs, participating in two conversations and maybe I need to eat some actual food to save my hands).

I don’t think I have an addictive personality, but if you try to get me off sugar, I will fight you.

All I have to add to this is that I loved listening to this episode, my crush on JRB is much bigger now, and I’ll take Twitter over exercise any day.

I’m very keen on other people’s thoughts on Bialik Breakdown podcast. Do you feel it offers real insight and advice on human experiences? Or do you think it’s just a reunion of The Big Bang Theory? For the record, I’m not opposed to either and think it’s a good mix of both. 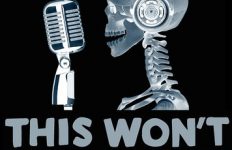 The greatest medical lie: This Won’t Hurt a Bit→ 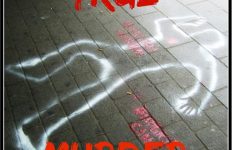