For many of my friends, television is an optional feature in their homes. They don’t watch television, rather DVDs, and Netflix, and so don’t see the point in paying for a television licence. They generally view whatever they’re in the mood for on their laptops or tablets. But what to do when you’re having some friends over? The SK Telecom Smart Beam solves movie-night nightmares in a tiny 4.5 cm2 gadget.

Smart [beam] is an ultra-small pico beam projector that can be linked to a smartphone or laptop, and project images or movie files. It offers great portability and can be used for various purposes, including education for kids, movies, camping, and presentation.

Compatible with both Android and iOS mobile devices, you simply connect the projector to your device with the cable provided (cables are marked clearly to distinguish between projecting and charging, and which side of the cable goes where, so even a child could use this!), use the little focus slider to get the best display, make sure your popcorn is warm and your cola cold, and you’re ready to go!

The projector has a little light on the side to show when it needs to be charged (red) and when it is fully charged and ready to go (green).

What’s in the box:

Where you can order and what it will cost:

The SK Telecom Smart Beam can be ordered online from the Orange store, and retails at R4 450 (includes VAT and free shipping). 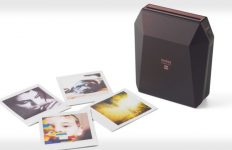 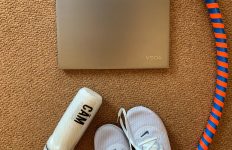 Getting a little sentimental with Sodastream→