My last post ended just as I started working at the internet centre on campus.

Tall, dark and now my best friend showed me the ropes on running the centre, and every Sunday I’d go in reformat all the computers to rid it of all the crap the students would leave behind. Some weekends he’d ask me to text him a shopping list and he’d come through from Johannesburg and we’d have a picnic of Astro’s and NikNaks, or something similar.

I’m going to summarise this: we became friends, then best friends, then flatmates. We made a great team at work – bouncing ideas off each other, filling each other’s gaps – and we’d only talk about work while driving home. At home, no more talk of work. It worked well.

I changed jobs and after a short spell of unemployment I started working at a large multinational company. It wasn’t multinational back then. I worked shifts, and because it completely messed up my body clock, I started gaining weight. A lot of weight. Still, I earned a decent salary, my friend was on my medical aid, and I saw my mom every day (we worked in the same department).

The weight was the first bad thing. Then, a month or so after buying a new car, I was told I’m being retrenched. Tall, dark and apparently love of my life needed open heart surgery. When he was back home I hardly slept in case he needed something in the night.

Unable to pay my share of the rent, I moved back to my parents. Cue super depression vibes because I felt like a failure. But I managed to lose some weight. I wasn’t so depressed that I felt I needed meds to bring me back up again, but I wasn’t really thrilled with life. Some more job changes. I tried to see tall, dark and completely recovered whenever I could over weekends.

I had a back operation. And I lost some friends (not because of the op, to be clear). The company I worked at for nine months was liquidated, and suddenly I was unemployed and broke. I went back to working at the campus internet café with tall dark and now the main peanut of our little company. There was tension at home after a break-in. Not long after that my father left. I have some baggage because of that. 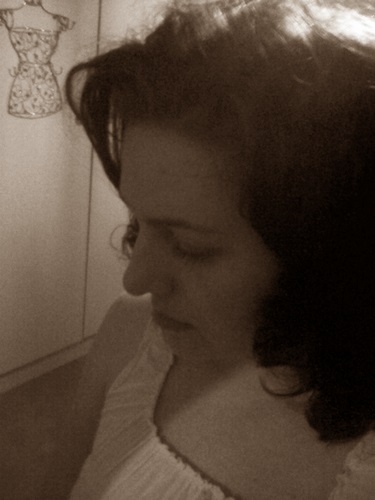 I started working at a boutique publishing house. At the same time I tried to finance tall, dark and now an entrepreneur’s new business. I got a job at a prominent media company and moved to Johannesburg. A friend I made through Twitter invited me to stay in her spare room, rent-free. I started seeing a psychiatrist, who switched my meds every two or three months and annoyed me to no end. Ten months later I moved back home. The daily commute between Pretoria and Sandton was soul destroying.

I stopped going to the annoying psychiatrist and quit my meds. Shortly after that I was retrenched. I was initially devastated, but then, like the previous time that happened, I realised it was a blessing. Unfortunately, in the time leading up to that I’d invested a lot of money into my friend’s business. I signed up for debt counselling.

I did a three-month unpaid internship at an agency, starting a career in social media, and with a much smaller salary than before, I couldn’t make my debt payments. And so started the process to be declared insolvent. Very much a depression trigger.

The more things change, the more they stay the same

Agency life got progressively worse. I made a great friend. Good people left the company, and every day I started to look forward to the day I’d leave too. I’d moved to Jo’burg again, into a furnished apartment.

Again, just over two years later, I find joined the company I’m at now. It was a more ambitious agency than where I came from. It was bustling and a lot busier than I was used to. And somewhat more stressful. I realised I needed help. Urgently. I found a psychiatrist close to work who also saw patients occasionally on Saturdays. My first consultation was on a public holiday – Freedom Day. I sobbed hysterically from the moment I sat down. He wanted to admit me to a clinic. I refused. He wrote me a script as long as my arm. I continued sobbing while the pharmacist filled said prescription, a little panicky because of this woman who’s a complete mess in front of her.

The next day I went to my manager. I’m sorry, I said. I don’t think I’m able of doing this and I don’t think I’m good for the company at the moment. I don’t want to resign, I said, but if he believes it’s the best thing for the company, I will. Let’s see how the meds go, he said. A month later he checked in with me and I was doing OK. I was coping. I wasn’t an emotional lump every day. And so here I am still.

There was a problem with the new doc. Yes, he annoyed me almost as much as last guy, but it turned out there was also a bit of fraud happening at the practice. So I quit the doc, but not the meds. I’d realised that I am not someone that can tackle life without the chemical support. When my last script was about to run out, I found a new psychiatrist. A lady doctor. I’ve been seeing her since October 2016, she’s scaled my meds down, and took me off the mood stabilisers that made me pack on even more weight.

And now I’m going to see a therapist because I’m battling a bit. The reason for my current struggle, I’ll share a bit of in the next and last post.