I first had my hair stripped down and then turned purple, pink and blue in December 2015. I was thrilled. It looked so gorgeous.

Later I had the pink and purple washed out, but the blue persisted, although in a lighter tone closer to mint. Then I embraced platinum roots with electric blue ends. And then I shaved it all off. My hair wasn’t in the best condition to start with, but all of that completely wrecked it. That was September 2016.

Since then I’ve been patiently waiting for my hair to grow long enough so I can do the unicorn/mermaid thing again. During that time I started following various accounts of hairdressers doing this colourful thing on Instagram. That’s where I discovered Haus of Klue.

Finally, in September, I decided I’ve been waiting long enough. I went to a salon close to my office. Sure, they said. It’s going to cost about R3 500, they said. Uhm… no. Look, I understand that quality products cost money, and that they are important to help retain the hair’s integrity, so I don’t have to shave it all off again in a year’s time. But that seemed completely unreasonable.

So I went to the salon close to my house. The reason I didn’t go there first, is that my colourist left, and I thought it’s a good opportunity to shop around a bit. The new colourist offered me a quote on “fashion lights” that deposits colour on top of the hair shaft, for about R1 400. Pretty much I’ll watch the money run down the drain the first time I wash my hair. No thanks.

Haus of Klue is situated in Constantia Kloof. That’s over 30 minutes’ drive from where I live. But I’ve seen the magic Carla does. And I believed that if anyone could do what I wanted done, it would be her. But at what cost?

I sent an inbox message to the Haus of Klue Facebook page. Carla responded with a number, asking me to send her a Whatsapp. We chatted about what I wanted and I sent her a few pics of my hair from several angles. She quoted me a very reasonable price, and we confirmed a date for my transformation. That date was last Saturday.

I felt so nervous and self-conscious walking in there. It had been over a year since I last stepped into a salon to get mah hurr did. That changed very fast. Carla and Dillon are friendly, funny and just plain awesome. I gave Carla free reign. Yes, it took several hours, but when it was all done, it was so worth it.

I didn’t want to wash my hair this week, but finally relented on Wednesday morning because I had a client meeting. I had a shower as cold as I could stand and avoided looking down to see the colour swirl down the drain. At least I had an amazing shampoo (more on that in a future post) not to mention an awesome hairdresser.

I’ve already confirmed my November appointment at Haus of Klue, because life is too short to have boring hair. Or mediocre/greedy hairdressers. 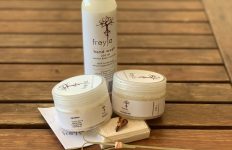 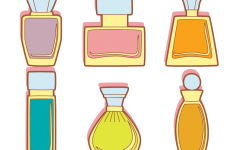 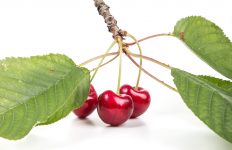